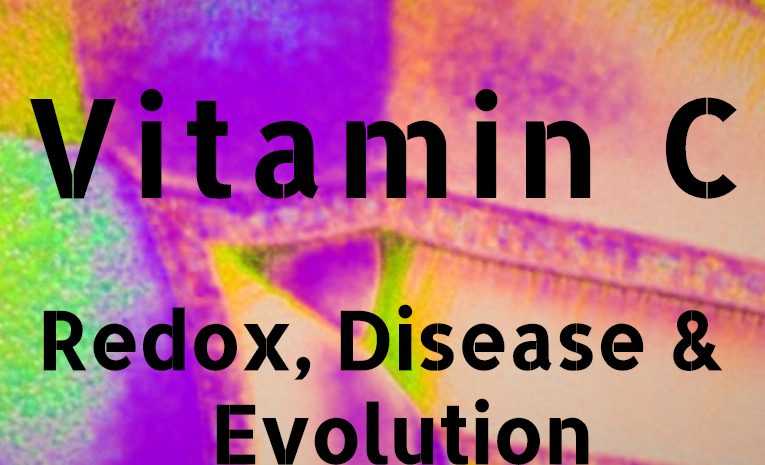 Doris Loh
Doris Loh is an independent researcher and writer specializing in the investigation of familiar and innovative health topics using unique perspectives in traditional and quantum biology. Her training as a classical pianist allows her the freedom to explore concepts and theories with a curiosity that often results in distinctive conclusions. Recent works by Doris are focused on how health and disease are greatly affected by electromagnetic radiation that surround us everywhere we go. Her works on EMF offer insight and solutions to the challenges humans and other living organisms face during this era of change. Major works by Doris include an in-depth series on deuterium, as well as a startling series on the birefringent quantum properties of the major REDOX balancer, Vitamin C (ascorbic acid). The ongoing series on COVID-19 is recognized around the world for the in-depth coverage of the disease and discussion on holistic alternatives for prevention and treatment.
more
Twitter Facebook Google +

Even though these rates are alarming, the number of deaths from heart disease actually DECLINED in the USA after peaking in the mid-1960’s. In 2016, the Center for Disease Control and Prevention (CDC) estimated that the number of deaths from CVD from 1969 through 2020 would decrease by 21.3% in men and 13.4% in women. From 2000 to 2010, the age-adjusted mortality rate for heart disease in the U.S.A. decreased by 30%. It is possible that the reduction in smoking habits, increased awareness of the importance in maintaining healthy diets and lifestyles together with more effective treatments for CVD patients contributed to the decrease in mortality rates over that period.

The pathologic process leading to atherosclerosis is complex. Metabolic alterations that are commonly associated with atherosclerosis are dyslipidemias, obesity, high glucose levels, high blood pressure and insulin resistance. Many believe that electromagnetic radiation (EMR) is responsible for the development for all these conditions. I personally believe that EMR is perhaps only an INDIRECT cause for these conditions.

There is no doubt that electromagnetic radiation creates REDOX imbalance, leading to oxidative stress. However, to attribute the development of all diseases to EMR may be an oversimplification and ultimately, an unproductive one.

If electromagnetic radiation is the direct cause for diseases like obesity, diabetes and atherosclerosis, these disease should hypothetically be non-existent in antiquity. An examination of anthropological records may allow us to further our understanding of how disease evolved.

In the distant past, excess body weight was considered a symbol of prosperity, success and power for both men and women throughout the world. This is not surprising because for millions of years during evolution, food shortage was the norm. The frequency of famines and scarcity of food throughout most of human history resulted in the notion that being fat was actually attractive, and this corpulence and increased body size were ubiquitously reflected in the arts.

The famous “Venus of Willendorf”, a limestone figurine dated circa 28,000 BCE – 25,000 BCE is perhaps a perfect example of the representation of obesity as an aesthetically pleasing object. The full and rounded figures in the painting of Rubens (1577-1643) is the origin for the word ‘Rubenesque’ to describe plumpness. It is only in the latter part of the twentieth century that being fat was no longer considered as desirable.

The current observed dramatic increase in obesity worldwide began only a few decades ago, when technological advances allowed exponential increases in abundant, easily accessible food supplies of all manner, quality and variety, regardless of season and time. This readily available supply of food is in direct contradiction to the conditions that shaped the evolution of hominins.

A remarkable paper published in June 2019 examined the genetic causes that might have rendered humans being susceptible to the accumulation of significantly higher amount of body fat compared to other primates. These scientists discovered that unlike other primates, through chromatin regulation in the human genome, the pathway to turn white adipose tissue (fat storing) into beige (fat burning) ones was shut down. The authors believed that shutting down the pathway to beigeing to increase white adipose tissue was the result of selection pressure for survival during evolution to enhance lipid storage during famines.

Without periodic famine, obesity is no longer a survival mechanism. Nature depends on the appropriate balance of cycles. Obesity in the absence of ‘famine’ as counterbalance, can lead to further health complications such as hyperglycemia, Type 2 diabetes, and even atherosclerosis and cardiovascular disease. The increased exposures to electromagnetic radiation intensify the downward spiral through magnification of oxidative stress. The possibility that our hominin ancestors adapted to periodic starvation in the Ice Ages by developing insulin resistance further complicated the landscape as civilization progressed.

During the Ices Ages, our hominin ancestors survived mainly by hunting large game animals instead of gathering a variety of plant and animal based foods as they once did before the dramatic cooling of temperatures. Recent discoveries showed that carbohydrates were reintroduced in hominin diets in the form of wild grains about 22000 years ago. The successful cultivation of crops in various cultures led to an intensification of agriculture in civilizations such as Mesopotamian Sumer, ancient Egypt, the Indus Valley Civilization of South Asia, ancient China (where rice was domesticated by 6,200 BC), and ancient Greece. How did humans who were genetically adapted to surivive on low carbohydrates respond to diets that became increasingly high in carbohydrates?

First of all, let us examine records of humans who stayed on a high fat or animal based diet during the period where consumption of grains increased in various civilizations. One of the oldest evidence of cardiovascular disease was found in a Tyrolean Iceman named Ötzi who grew up and lived in different valleys in the southern region of the Alps 5,300 years ago. Upon examination of Ötzi, researchers found major calcifications in his carotid arteries, distal aorta and right iliac artery. There were also evidence of degenerative arthritis, and gallbladder stones, inferring a diet that could have been high in animal products.

In 2018, an international team of researchers and anthropologists found evidence of calcium deposits, or plaque, in the blood vessels of mummies of four young adults and one child from 16th-century Greenland Inuit. In today’s standards, the diets and lifestyles of these hunter-gatherers are considered to be healthy. The traditional Inuit diet typically consists of meat, fat and organs from marine mammals, including seals, whales and walruses; as well as terrestrial species such as caribou, musk, birds, along with eggs and some berries. Why would there be evidence of cardiac disease when one observes a ‘healthy diet low in carbohydrates such as a traditional Inuit diet? What about people living in different areas/climates, or those on different types of diets, did they also develop atherosclerosis in the distant past?

The famous HORUS study of 2013 was a remarkable effort which examined the evidence of atherosclerosis across 4,000 years of human history in four different ancient populations. 34% of the 137 mummies from four distinct geographical regions showed probable or definitive atherosclerosis. The authors found evidence of atherosclerotic calcifications in 20 of 44 ancient Egyptian mummies who lived during several dynasties from the Middle Kingdom to the Greco-Roman period. 13 of 51 ancient Peruvians, two of five ancestral Puebloans, and three of five Unangan hunter-gatherers all revealed the presence of calcified plaques in the aorta, iliac/femoral arteries, popliteal/tibial arteries, carotid arteries, and the coronary arteries.

The authors of the Horus Study were also able to identify two ancient Egyptian mummies where evidence of severe arterial atherosclerosis was presented in the form of calcifications in practically every single arterial bed. One of those mummies was the princess Ahmose-Meryet-Amon who lived in Thebes (Luxor) between 1550 and 1580 BCE. Ahmose-Meryet-Amon is the first person in human history with diagnosed coronary artery disease. When the princess died at an estimated age of between 40–45 years, she had atherosclerosis of all her major vascular beds, including her right coronary and left anterior descending coronary arteries. What was her diet like?

An examination of isotopic compositions of carbon, nitrogen and sulfur in the hard and soft tissues from Egyptian mummies of humans and animals who lived between 5,500 to 1,500 BC by researchers found that ancient Egyptians ate a relatively basic ovo-lacto vegetarian diet with limited variety and change throughout the period. The constant carbon isotope compositions pointed to a diet that was primarily based on C3 plants, with protein content estimated to be about 29%. The amount of sulfur isotopes found also suggested that fish, such as the Nile Perch, was not regularly consumed.

As C3 plants were the basic component of ancient Egyptian diets, it is possible that the common man consumed large amounts of cereals such as wheat, rye, oats rice in the form of bread and beer, with vegetables including onions, lettuce, and legumes such as peas, fenugreek and lentils. The princess, a royalty, would have access to fruits and meat from domesticated animals like cows, goats and sheep.

Are you thoroughly mystified? How can a man from the Alps who lived 5,300 years ago, and a princess from Thebes who lived 3,500 years ago both develop atherosclerosis eating two drastically different diets in the ABSENCE of artificial LED lights, cell phones and electricity?

The answer may be simple, if you understand the role of REDOX in evolution…. -To Be Continued-

Doris Loh is an independent researcher and writer specializing in the investigation of familiar and innovative health topics using unique perspectives in traditional and quantum biology. Her training as a classical pianist allows her the freedom to explore concepts and theories with a curiosity that often results in distinctive conclusions. Recent works by Doris are focused on how health and disease are greatly affected by electromagnetic radiation that surround us everywhere we go. Her works on EMF offer insight and solutions to the challenges humans and other living organisms face during this era of change. Major works by Doris include an in-depth series on deuterium, as well as a startling series on the birefringent quantum properties of the major REDOX balancer, Vitamin C (ascorbic acid). The ongoing series on COVID-19 is recognized around the world for the in-depth coverage of the disease and discussion on holistic alternatives for prevention and treatment. 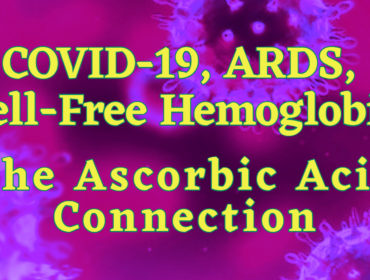 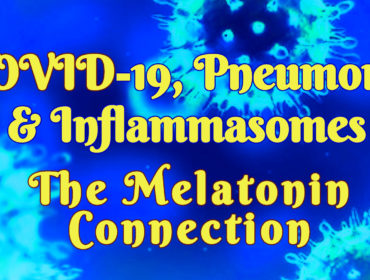 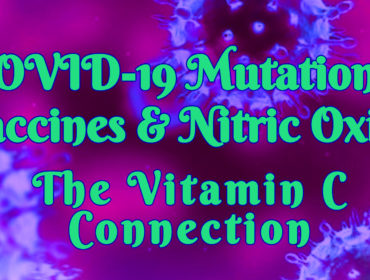