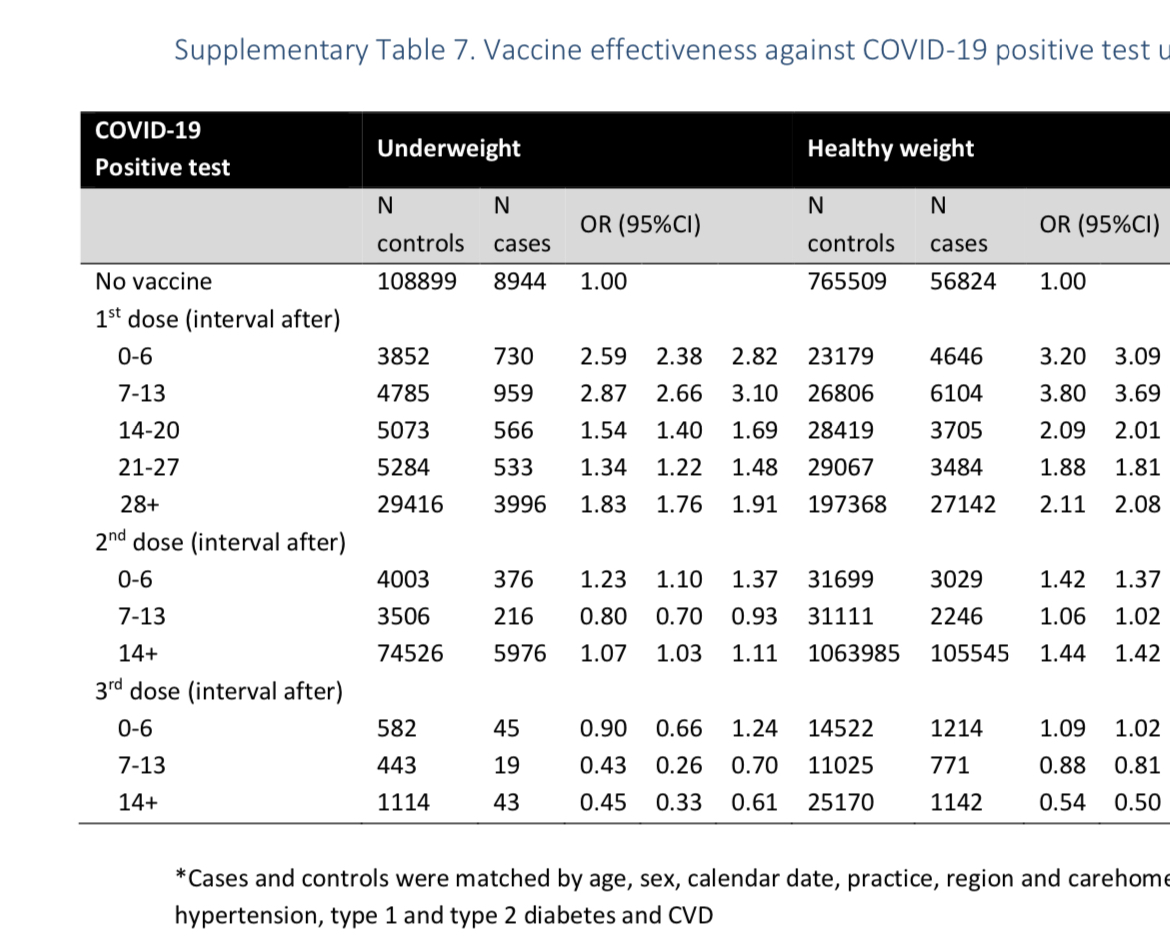 In addition, they nearly DOUBLED the risk of coronavirus hospitalizations after the first dose; the figures come from a huge and (so far) unnoticed British studio that goes to dismantle, should it still be needed, the INFINITE balls that the "experts" on TV tell us ...

It was the last defense for the so-called Covid "vaccines".

Politicians and public health bureaucrats repeat it over and over: the drug prevents the disease in severe form!

Of course, if you're unlucky they might make you stay in bed for a day or two. Yes of course, you will still have Covid. But the magical injections will keep you from DIE of Covid.

Proponents of "vaccines" have been repeating the mantra since last summer. In July 2021, for example, many experts declared on TV that 90% of coronavirus deaths occurred in unvaccinated people (now the lame no longer declare it). A few months later, Prime Minister Draghi infamously said that people who decide not to get vaccinated make a choice of "death" ... And they would overwhelm hospitals. 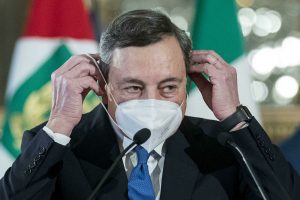 But one UK peer-reviewed study and which covered 9,1 million people and nearly 600.000 Covid infections in 2021, shows that vaccine advocates vastly overestimated the effectiveness of vaccines even last year, at the height of their alleged efficacy. 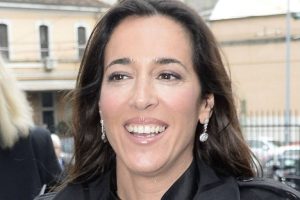 As early as mid-2021, people "Fully vaccinated" they had a higher risk of being infected with Covid, according to the study. They only had about 65% protection against hospitalization and death, after taking into account age, gender and other risk factors.

Friends readers, these are all things that we had already highlighted in this blog trivially by analyzing the data and which are now formally split into a study. Nothing new under the sun.

Sixty-five percent protection would still be better than nothing (net of the side effects we'll talk about shortly), of course. But it is far below the claims made by Draghi and company - claims they continue to make today at the end of 2022 ... 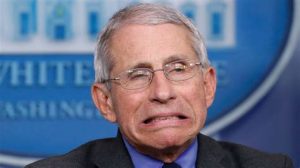 Furthermore, the period examined by the researchers represented the peak of the "protection" of the vaccine, which has decreased over time and further decreased with the so-called “Omicron variant” (also never isolated with a scientific method), which totally eludes “vaccines” after just a few weeks.

Put simply, doctors often avoid the drug for people who are extremely frail or close to death. They fear that the side effects of the vaccine will kill those patients and that the vaccines will still be useless.

In the second week, when infections peaked, they were nearly four times more likely to contract the coronavirus.

Do you see in the table below the column of OR - odds ratio - above 1? Above 1 means "negative". Above 1 means that “vaccinated” people are at risk HIGHER. Which is not how it should work to get the definition of either "vaccine" according to their own rules ... 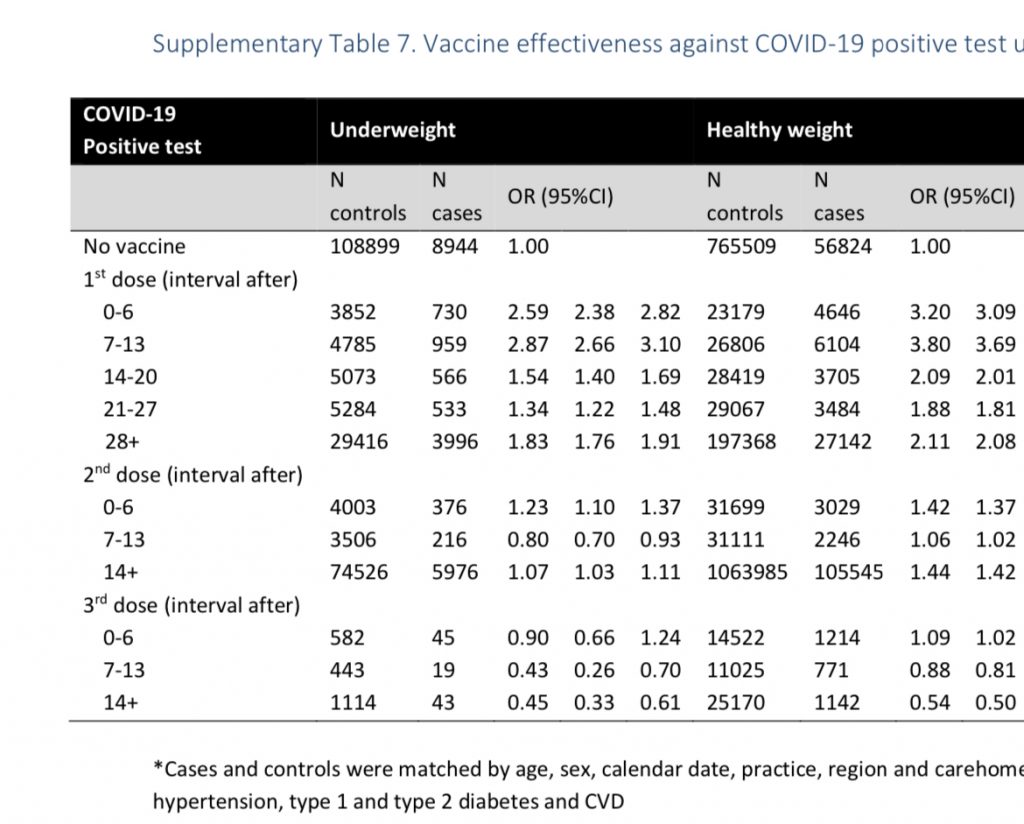 A team of researchers from the University of Oxford published the results in The Lancet Diabetes & Endocrinology, a peer-reviewed journal, on June 30.

Here you will find all the “additional” data relating to the study.

Their paper nominally focused on this: whether Covid vaccines were effective in overweight people and thus received little attention. Many of his crucial details on vaccine efficacy are buried in the appendix I linked to.

Researchers compared a database covering 1700 medical studies in England with national Covid immunization registries, positive tests for Sars-Cov-2, hospitalizations and death certificates. They have been able to track more than 9 million patients from December 8, 2020, when vaccinations began, to November 17, 2021. 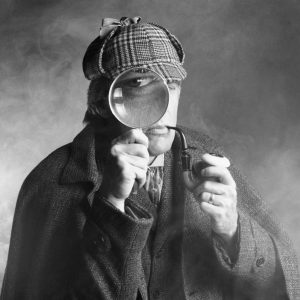 For vaccine advocates, the only real positive about the study is that it shows very low rates of hospitalization and death in people who received a third injection.

But even that "discovery" comes with an asterisk. As the study ended in mid-November, it only covered at most a couple of months of data on anyone who received the booster, again only covering the short period in which vaccines provide false protection demonstrated by this old article of mine. .

Now it should be obvious even to Dr. Burioni that Covid mRNA injections are not vaccines at all. They are trivially soups that with a statistical trick (see article above) seem to work for 2-3 months at most thanks to the "2 weeks" trick. Here, then, they ask you for the new booster ...

VIROLOGY: THE SCIENCE OF TALES

BUT THERE ARE ALSO THE SIDE EFFECTS THAT WERE NOT EVEN EXPECTED IN THIS STUDY ...

"An abundance of studies have shown that mRNA vaccines are neither safe nor effective, but absolutely dangerous."

Here is the quote and where to find it, Volume 7, Issue 3, pg 493. Journal of Clinical & Experimental Immunology.

After all, how can a soup designed for something that probably doesn't even exist?

I TELL YOU ABOUT THE REST THAT THE VIRUS WAS JUST A BANALE SOON ...

From the WEF website: "COVID-19 was an experiment in social responsibility". VE THE PAPAL PAPAL WRITE IT ...

AND TO CONCLUDE… TOMORROW THERE WILL BE THE ELECTIONS! THE NTH FARSA TO KEEP THE MASSES GOOD ...

The delicate German (Von der Leyen) placed at the head of the European Commission uses a language that can be defined without problems "Mafia" against Italy and who will win tomorrow's (free) elections. Other than democracy ...

Here (also) why I will not go to urine but I will prefer to do something else. Whoever wins will not be able to do otherwise than carry out orders that come from other people who in turn take orders (cascading) ...

The forces so called "Antisystem" they are the only ones who have practically the same vision and political program, but they show up on their own ...

A TRUE OXYMOR. ALL POLITICAL FORCES BELIEVE IN THE EXISTENCE OF THE VIRUS. NOT EVEN ONE OF THESE BRIDES THE UNOPROPTABLE THESIS OF LANKA AND COLLEAGUES (TRUE SCIENTISTS).

Who can not understand the farce without even the slightest doubt (I SAY "MINIMUM"!) is a poor decerebrate of functional illiteracy.

← Previous: CANADA: EXPERIMENTAL DRUGS mRNA USELESS FOR UNDER 60! Next: HOW IT STARTED AND HOW IT'S GOING ... → 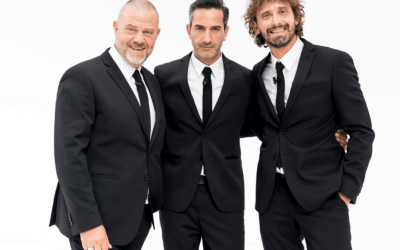 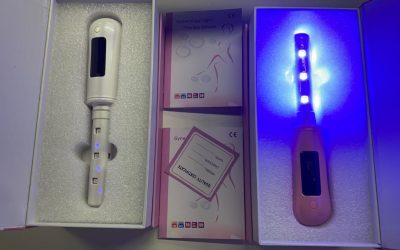 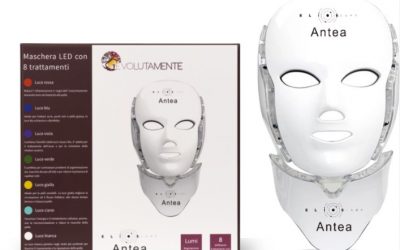 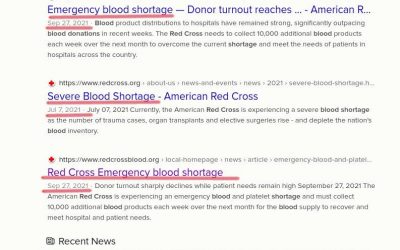 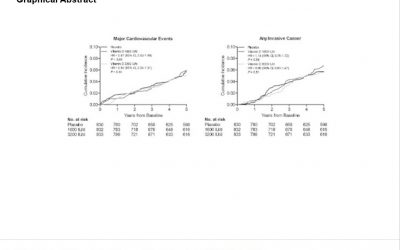 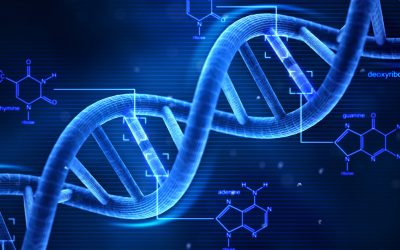